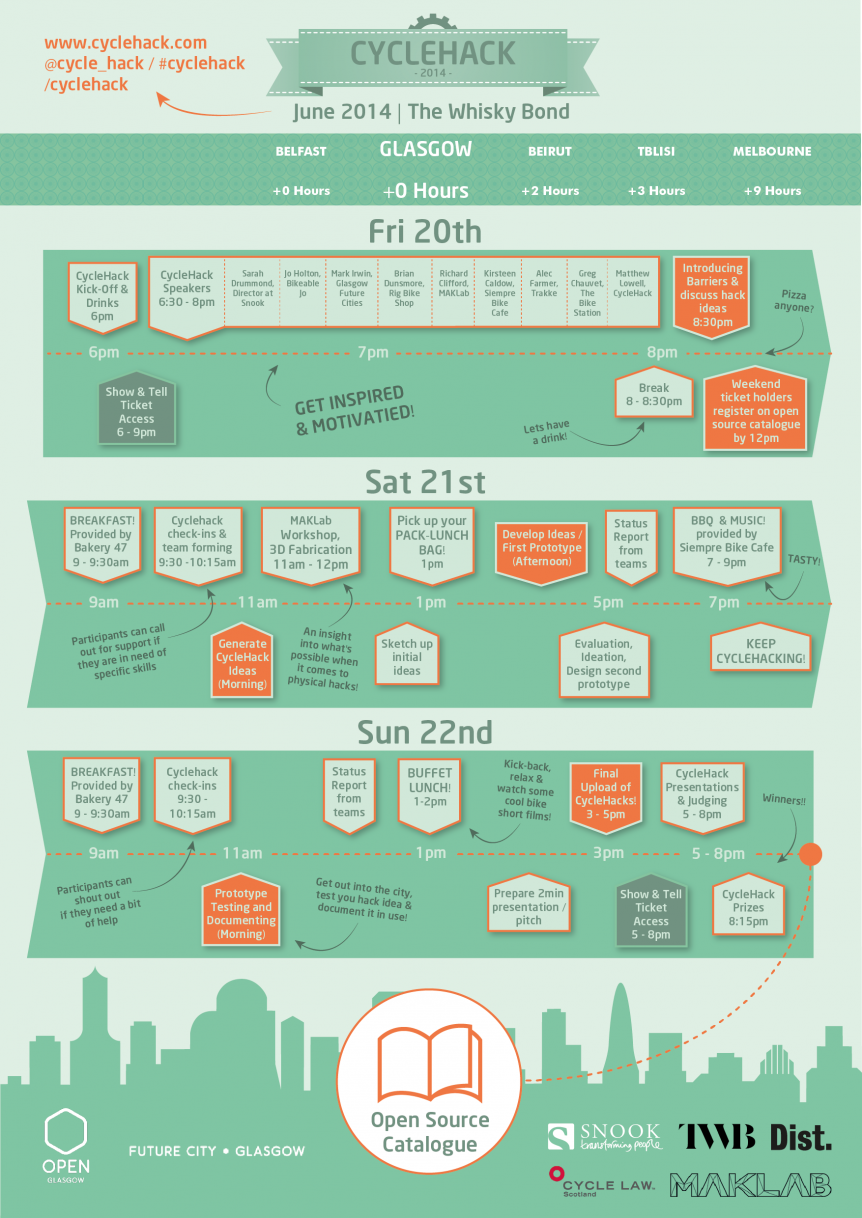 Proud to be running Cyclehack alongside Jo Holtan and Matt Lowell .  We are a 48 hour event aimed at coming up with ideas and making them a  reality that will reduce the barriers to cycling.

“All three of us are keen cyclists and, while it is really easy to sit back only complain and moan about all the niggly little things that annoy us about cycling, we wanted to take a stand and do something that will really make its mark on the experience of getting on a bike. Too often do you hear the words ‘I would love to cycle, but ….’ I we think that should change!”

It’s not a panacea to solving how to re-brand cycling but we’re interested in small actionable ideas that can either be implemented into a place quickly or prototypes produced, examples of how ideas might look and function in reality.

We’re looking at using a set of Open Data from Glasgow City Council for digital hacks.  Creating physical hacks to implement onto bikes and into the city like mini ramps and also new forms of campaigns and branding that can be conceived and launched.  We’re purposefully leaving it open to see what people come up with during the Cyclehack.  To inspire participants we’ve been collecting barriers and ideas before the event.

Check out cyclehack.com for more details but let me give you the overview:

Get your tickets here

There are a number of partners that have helped us make Cyclehack a reality. A special thanks to co-sponsors Future City Glasgow and Open Glasgow, Cycle Law Scotland for support, MAKlab for open access to their studio, Whisky Bond & Distillery Space for a fantastic venue, Rig and Bike Station Glasgow for sharing their knowledge at the event, Siempre Bicycle Cafe for the BBQ and speaking at the event, Sugru for material, and for prizes from Route Clothing, Trakke, Day Glow Doris, Purple Harry, and Siempre. Also thanks to Glasgow School of Art students will also be offering support throughout the weekend.